Tennis legend Boris Becker has re-ignited his war of words with Nick Kyrgios after the Aussie's latest social media spat.

Kyrgios is not in New York for the US Open amid concerns over the COVID-19 pandemic, but he had a shot at semi-finalist Pablo Carreno Busta on Twitter this week which ruffled some feathers.

"If clay didn't exist, dude wouldn't have even been close to top 50," Kyrgios tweeted about Carreno Busta, before deleting the post early in the tournament.

Upon reaching the semi-final Carreno Busta was asked about Kyrgios' dig, prompting a swift reply from the Spaniard.

"He must be pretty bored… when he comes back to tournaments, we will talk about him because he deserves it," he said.

"And in the meantime, well nothing, he will continue to tweet from home." 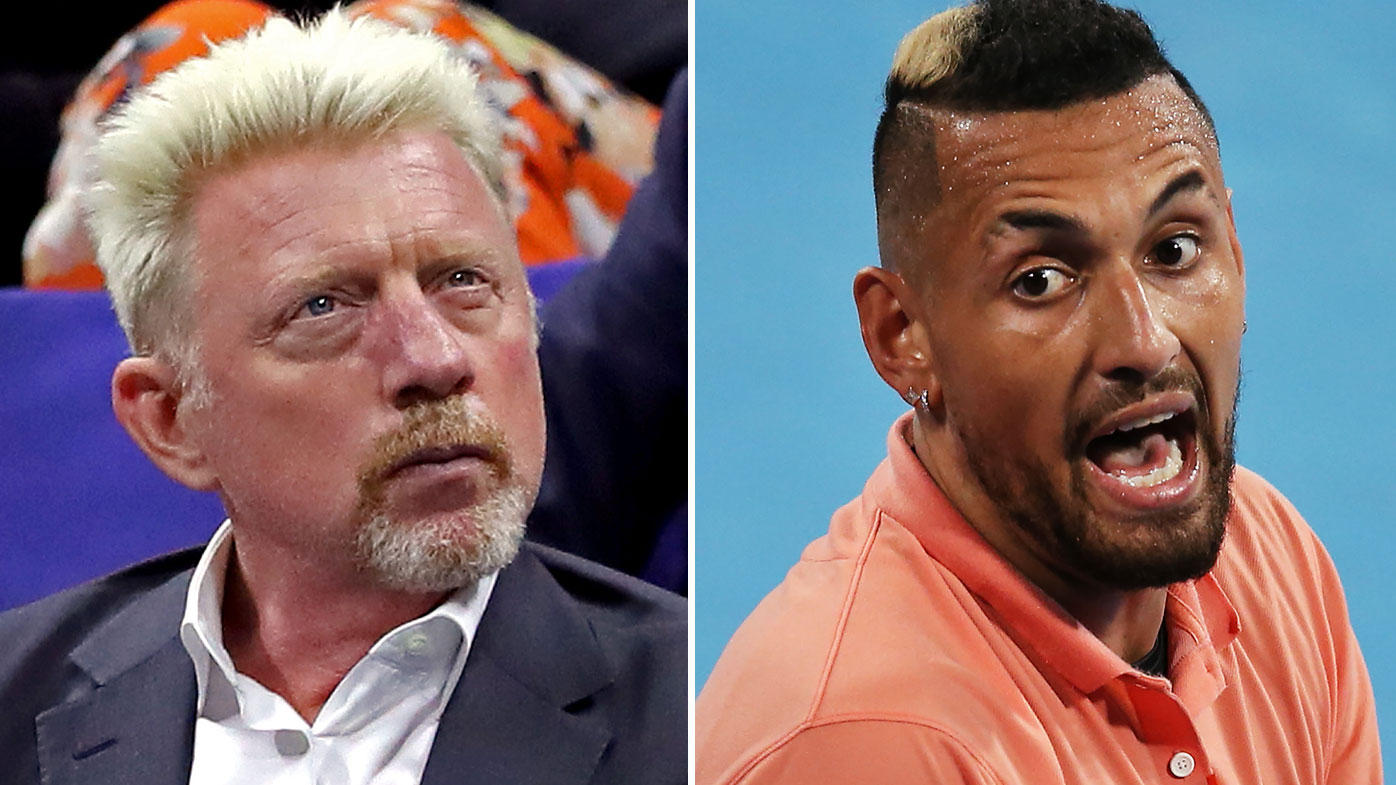 Kyrgios' latest social media activity seemed to have upset one of his biggest critics too, in Becker.

Speaking to Eurosport, where he works as an analyst, the German six-time grand slam champion didn't hold back.

"Nick Kyrgios should shut up for once," Becker said.

"He's turning into a loudmouth criticising the players, while he does nothing.

It's not the first time Becker and Kyrgios have butted heads though. In June earlier this year, the latter was called a "rat" by the Becker for his criticism of Zverev's irresponsible partying in Monaco during the coronavirus pandemic.

Kyrgios was a vocal critic of "selfish" Zverev's behaviour following his vow to self-isolate amid the drama of the Novak Djokovic-led Adria Tour COVID-19 cluster. But Kyrgios' Instagram video ripping into Zverev did not go down well with Becker.

"We all live in the pandemic called #Covid_19! It's terrible and it killed to (sic) many lives…we should protect our families/loved ones and follow the guidelines but still don't like #rats @NickKyrgios," Becker tweeted.

What ensued was a feisty back-and-forth between Kyrgios and Becker in which the Aussie returned serve, calling Becker a "doughnut", and "not the sharpest tool in the shed".

In an attempt to explain his reasoning for attacking Kyrgios later that evening, Becker revealed that he felt the Canberran had broken some sort of tennis players' code, despite Zverev's partying video being posted publicly on social media.

"There is an unspoken understanding between athletes! Whatever happens on the court stays there including the lockers! Nobody will talk about it … #respect #sport #fellowship," Becker said.

Becker then turned the debate on Kyrgios' up-and-down on-court form on the ATP Tour, telling him to "man up".

"I really would like to see @NickKyrgios fulfill his potential and win a grand slam! He would be an incredible role model for for the youth of the world addressing the issues of equality/race/heritage! Man up buddy and deliver!" Becker said.

Kyrgios has openly shared his skepticism about tennis' eagerness to return amid the COVID-19 pandemic, including the US Open's decision to go ahead in New York from August 31.

2020-09-12
Previous Post: 7 Ridiculously Easy Ways to Save Money While Shopping Online
Next Post: Tekashi 69 Says He Pays $15,000 For EACH Of His Wigs | Exclusive Shade Room Interview